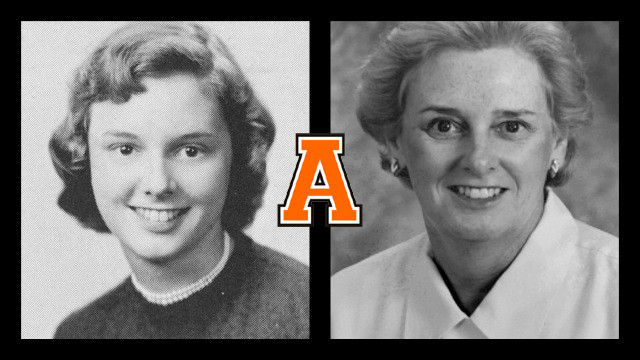 Sally Paul Dunn, a longtime resident of Clarence and Lancaster, passed away following a recent illness at Millard Fillmore Suburban Hospital on June 25, 2022. Sally was born in Buffalo on February 5, 1940, to Anthony J. Paul and Ellen (nee Battel) Paul and grew up in Snyder, NY. She graduated from Amherst Central High School in 1957, where she met her future husband, William Bradford Dunn. Sally and Brad were married in 1961. Sally had a longtime career with her family's retail business, the Otto Ulbrich Co., and was a manager of Ulbrich's stores, a merchandise buyer and vice president until the business closed in 1990. For many years, Sally was a second generation member of Brookfield Country Club, where she served in numerous leadership roles. More recently, she was the president of the Eastwood Village Association in Lancaster. Sally is survived by Brad, her husband of 61 years; her son, Peter (Brigid) of Syracuse, and her grandchildren, Katharine and Elisabeth, who were her greatest joys. She is also survived by her brother, Richard C. (Edie) Paul, nephews, Cory (Helen) Paul, Dustin Paul, and Justin (Kristina) Shade, and their children, as well as Dunn and Paul family members spread through the country. A Celebration of Life will be held at a later date. Flowers gratefully declined. If so desired, memorials may be made in her memory to the Amherst Central Alumni Foundation, 4301 Main Street, Amherst, NY 14226. Arrangements by AMIGONE FUNERAL HOME, INC. Share memories and condolences on Sally's tribute page at www.AMIGONE.com

DUNN - Sally P. (nee Paul)
Passed away peacefully following a recent illness on June 25, 2022 at the age of 82. Beloved wife of 61 years to William Bradford Dunn; loving mother of Peter (Brigid) Dunn; adored grandmother of Katharine and Elisabeth; dear sister of Richard C. (Edie) Paul; daughter of the late Anthony J. and Ellen (nee Battel) Paul; also survived by nieces and nephews. A Celebration of Life will be held at a later date. In lieu of flowers, memorials may be made in her memory to the Amherst Central Alumni Foundation, 4301 Main St., Amherst, NY 14226. Sally retired as Vice President of her family owned company in Buffalo, NY, Otto Ulbrich Co. Arrangements by AMIGONE FUNERAL HOME, INC. Share memories and condolences on Sally's tribute page at www.AMIGONE.com